Seeking Justice on Your Behalf
Reach Out 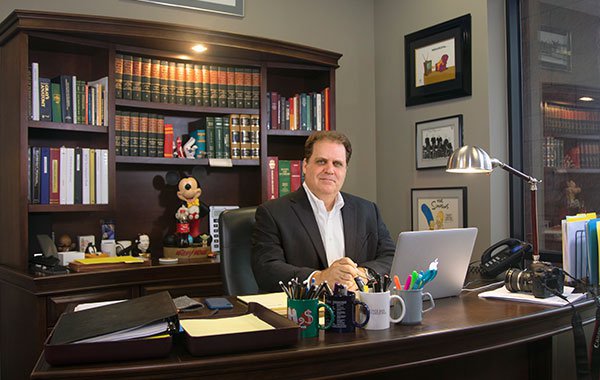 After graduating in 1987, Mark spent one year doing insurance defense work at a large Phoenix law firm, O’Connor Cavanaugh. He practiced on his own for two years before his brother Wayne joined him in July of 1990.

Mark also brings his expertise as a filmmaker and producer to the firm, helping to create dynamic multimedia presentations which have proven effective in presenting cases in an accessible manner to juries and other judges of fact. Mark’s independent documentary film, Baby Boomerang has won numerous awards at independent film festivals around the world.